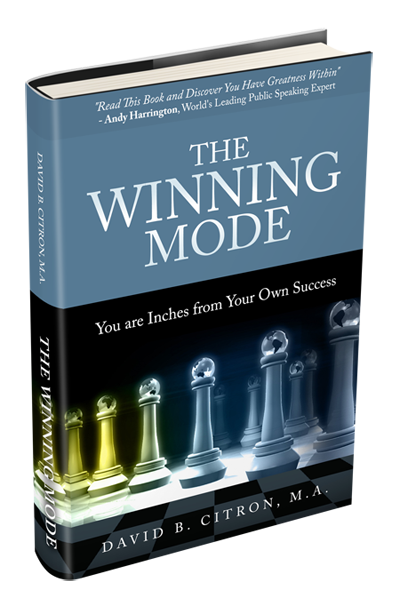 Get free training and David’s latest book, 'The Winning Mode'

Enter your name and email below now for instant access…

Introduction to The Winning Mode

The biggest upset in boxing history

On February 11th 1990 a little known boxer, James 'Buster' Douglas faced the most feared man in boxing history, the undefeated, 'Iron' Mike Tyson. The match was seen as simply an interim fight before Tyson would face a proper opponent. Anyone who watched Tyson knew you needed to be there early because if you were late the fight was already over - Tyson violently knocked out all his opponents in the first three rounds and often in the first.

However this time something was different. Douglas refused to back down. He kept putting pressure on Tyson and even when Tyson knocked him down in the 8th round Douglas pounded the canvas with his fist as if something was driving him to persist no matter what.

In the 10th round Douglas scored a huge uppercut, followed by a rapid combination and then to the absolute shock of the world came the moment which has been described as the biggest upset in boxing history. Douglas knocked down Mike Tyson. Tyson, floundering for his gum shield, got counted out and James 'Buster' Douglas became the heavy weight champion of the world.

Let's put this in context. Before the fight Douglas was given 42-1 odds in Las Vegas. Many gambling shops wouldn't even put up odds. It seemed like nobody believed in him.

So what drove Douglas to victory? The answer: Douglas had made a promise that he had to keep. For months before the fight his mother who was ill had been telling all her friends that her son was going to knock out Mike Tyson.

23 days before the fight his mother passed away. Just before she died James had promised his mum that he would beat Mike Tyson. By making this promise Douglas had declared complete commitment to a particularly powerful kind of vision. He had just triggered The Winning Mode.

To read more enter your email above to instantly download 'The Winning Mode'.

The Winning Mode is David's internationally acclaimed book packed with maverick methods that have rocketed the lives of 1000's. Read it now to find out... 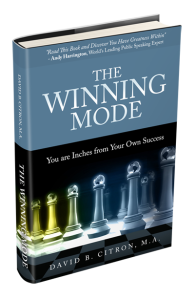 Schedule an Appointment
This site uses cookies: Find out more.